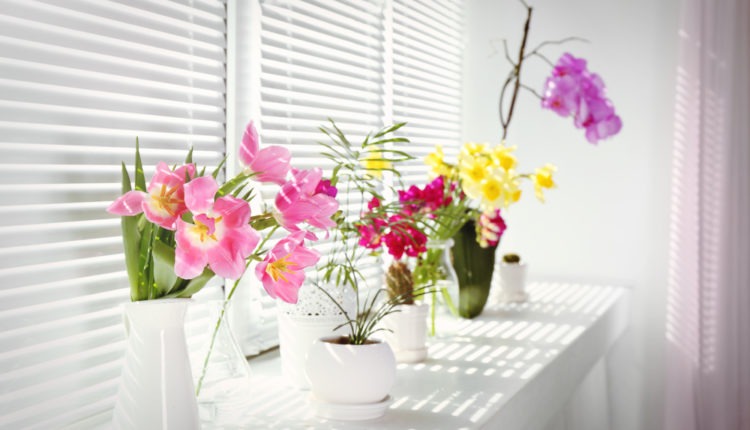 We all have a favorite color, but did you know that the colors you use in your home can completely change your mood?

Depending on the shade or tone you choose, you could feel excitable, relaxed, or rejuvenated.

When selecting a flower, each color holds a specific meaning, but these five florals will undoubtedly fill your home with positivity and fresh spring air.

The sunflower’s name comes from the word “helios,” meaning sun, and “anthos,” meaning flower; both naming conventions pull from their tendency to face the sun.

Sunflowers by themselves represent loyalty in Ancient Greece, good fortune in Chinese culture, and bounty in many North American Native American groups.

This flower plays an immense cultural significance in art, with painter Van Gogh taking a lot of inspiration from how the yellow petals contrast with the sky.

Our brain recognizes yellow as a symbol of intelligence, vitality, and happiness. When contrasted with other primary colors, yellow truly pops.

To keep these beautiful blooms in your home year-round, add a weekly sunflower delivery subscription to your wish list.

2. Roses for Dark or Light Pink

8 Pests That Prefer the Mild Climate of San Diego

Roses have roots in Greek mythology as well, but the tale is quite bleak for such a positive flower associated with love. In the myth, Adonis, Aphrodite’s adopted son, accidentally killed Ares.

As he was dying, his blood turned the roses red, which may be why the Greeks associate roses with secrecy and cleansing.

Roses come in almost every color naturally, and all have different meanings, but the pink rose is typically associated with young love, romance, and fertility.

Despite pink having a lifelong association with masculinity, this has changed in the last 100 years. Now, pink is almost always associated with femininity, sensitivity, tenderness, and playfulness.

Staring at these blooms will help you feel rejuvenated and nostalgic. 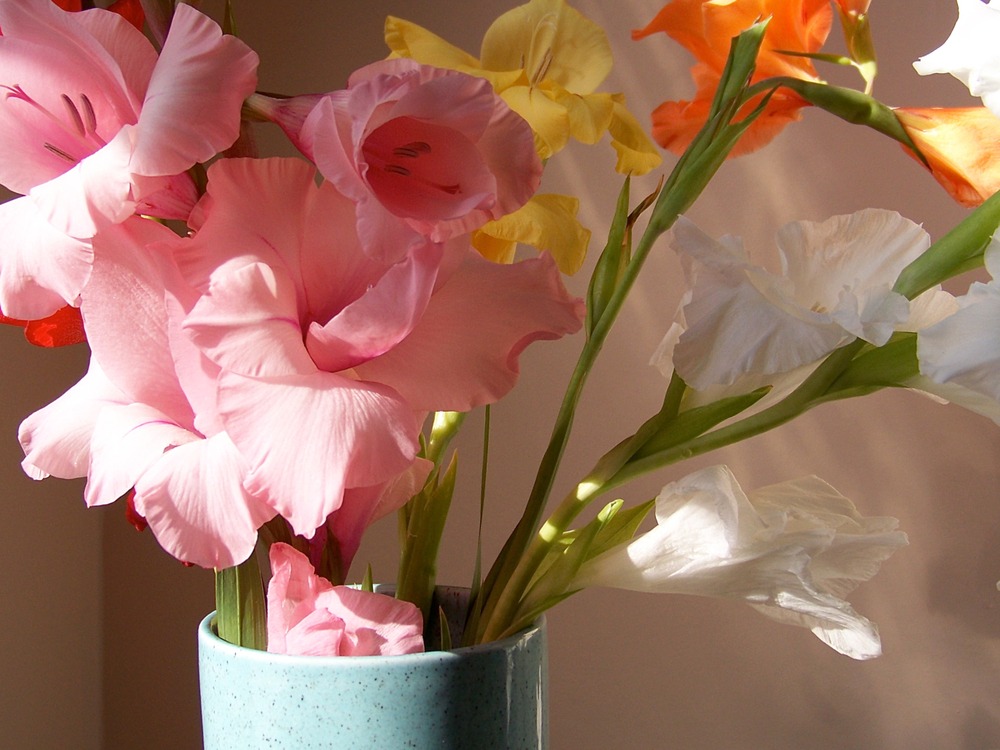 You may have already guessed that gladiolas are a play on the word “gladiator” because of how often a flower has a Greek myth attached to its pedals.

It goes deeper than that: gladiators used to wear them around their necks to protect them from death. Soon, the gladiolas turned into a gift to a lover because of their piercing shape as it sent the message your person of fancy had “pierced your heart.”

The gladiolas can grow up to six feet tall and come in multiple colors.

Red, which represents passion, is a bit more muted in the gladiolas, although the color is anything but pale. Instead of a flower that is seen as romantic, the gladiolas have an association with motivation.

These floras would work perfectly in a home office or meeting table.

Another bloom with ties to the Greek, the calla lily, was thought to represent magnificent beauty as the gods created it. The goddess Venus crushed the flower out of jealousy but didn’t die.

A spike grew in its place (the yellow cylinder within the pedals) for protection, although they aren’t dangerous to touch.

The calla lilies’ phallic appearance gave it the association with fertility, but the flower evolved into meaning marital bliss, faith, holiness, and purity.

White is almost always a representation of purity, but some cultures may see this as a morning color. In North America and Europe, white can make us feel peace, silence, and calmness and will uplift the mood when touched.

Keep them on your bedside table to wake up refreshed.

Believe it or not, marigolds aren’t represented in ancient Greek culture but do have a gigantic significance pretty much everywhere else.

They are used in offerings in multiple faiths, including replacing gold coins for the Virgin Mary. Marigolds have a strong association with the sun and are thought to resurrect.

While not necessarily a symbol of joy directly, they are the perfect gift for anyone who needs a little reassurance after a negative experience.

Orange is associated with the tropics, sunshine happiness and determination. Keep them in your kitchen for a daily spark of creativity.

3 Parts of Your Home That Can Cause Major Issues

6 Budget-Friendly Deck Lighting Tips to Try Out This Year