Does Sleeping on Your Couch Ruin It?

After a long day, nothing beats a good old sleeping session on that comfy couch. We love our couches and there is a good reason for that.

Our couch is literally our comfort zone. Once we curl up on our couches, our concerns seem less troubling and it makes dozing off much easier.

But is it a good idea? Well, we’re here to tell you that no, it isn’t the best of ideas.

A short nap once in a while might not affect your couch but if you make a habit of it—you’re bound to eventually ruin it.

Couches are a little different than mattresses. They aren’t meant to hold your bodyweight horizontally for long periods of time.

Eventually, the cushions may start to sag, and this process is oftentimes irreversible.

If, however, you’re set on sleeping on your couch; scroll through to learn how to do this properly without compromising the quality of your couch.

Some are meant to act more like an accessory rather than practical furniture. Others are built in a way so that they could support the weight of several people simultaneously.

If a more accommodating couch is what you’re opting for, it is wise to browse L shaped corner sofas as time and time again, users have recommended them to us due to their compact nature and their ability to provide you as much coziness as you’d like.

Simple, one-piece couches are the most common type that we see in every household. The long ones are particularly susceptible to deterioration since they provide more room, and in essence—sleeping on them might be too tempting.

Just as not everyone’s built the same, the same applies to couches. Various types of couches support different weights and­ depending on your height and weight, you should find one that best suits you. 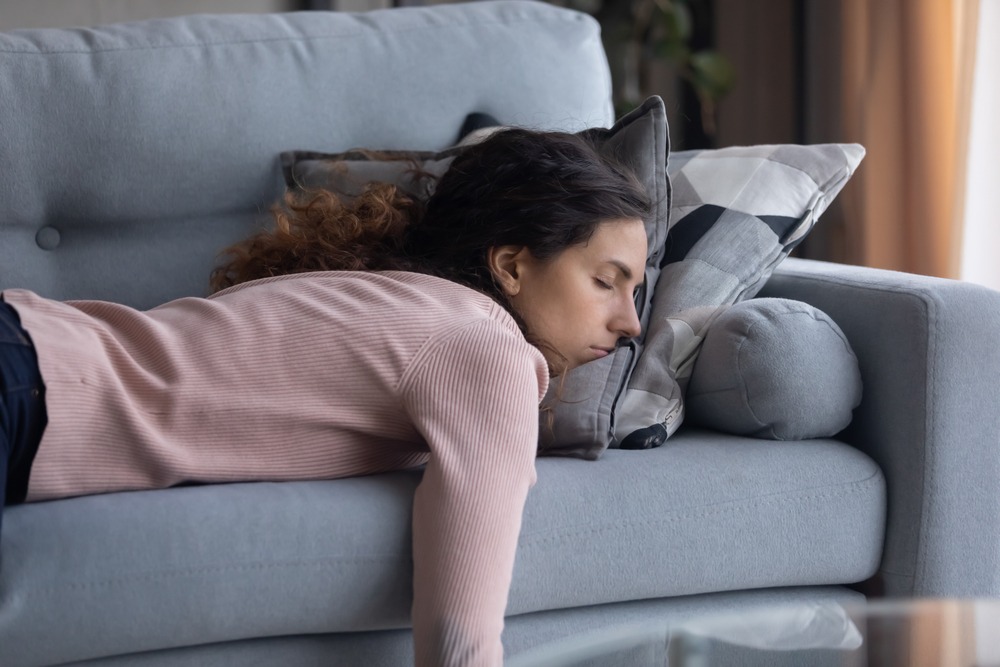 Now that you know sleeping on your couch isn’t the best of choices, how about doing it in a way that helps both, your health and your couch’s durability.

The following tips will help you to preserve your couch in good condition, but at the same time, you’ll be able to regularly sleep on it.

Let’s admit it, we are creatures of habit, and the minute we come home and see our couch, we often without much hesitation throw ourselves on it.

If you can relate to this, then bear in mind that if you at least change your position every time you do this—your couch will stay intact longer than usual.

If you happen to habitually put your head on the right hand of the couch, try the left hand every once in a while.

This will help reduce the rate at which your couch is deteriorating as you’ll be distributing the weight evenly.

The most vulnerable part of your couch is the cushions.

They harbor more germs than you’d expect and if you spill any liquid on them, which happens relatively often, you’ll further exacerbate it.

Flipping the cushions regularly is an excellent way to help eliminate sagging.

The worst thing you can do to your couch is to leave it unwashed for long periods of time.

Their coziness might not make it easy for you to see just how bad they’re covered in dust particles, skin cells, and crumbs.

So, if you’re to extend your couch’s lifespan, make sure to clean it regularly!

Couches, or any fabric for that matter, are especially prone to deterioration when put under sunlight for long periods.

The sunlight can and will bleach the couch’s fabric and, with time, the parts exposed to sunlight will become lighter in color.

As a result, you might soon be looking at a couch that is no longer the couch you bought in the first place.

Get Rid of Stains

It’s ok! You’re not the only one guilty of spilling liquids on your couch.

It’s not cleaning it immediately is what damages the couch. So, make sure to tend to it quickly to lessen the extent of damages.

Remember that ultimately, the best way to avoid repairing your couch or buying a new one is to not sleep on it at all. A few power naps every now and then may not ruin it.

If, however, you’re hell-bent on sleeping on it then consider the tips here to mitigate its deterioration.

At the end of the day, factors like; the number of people using it, room temperature, and sun exposure dictate your couch’s longevity.

After all, you can only control your own actions and, like any other material, deterioration is inevitable so make sure you cut yourself some slack and enjoy your couch while you can.

10 Areas of Home Maintenance You Might Not Have Considered

4 Beneficial Upgrades For Your Home For Comfortable Living