SepTech Canada Has a Solution for Failing Septic Fields 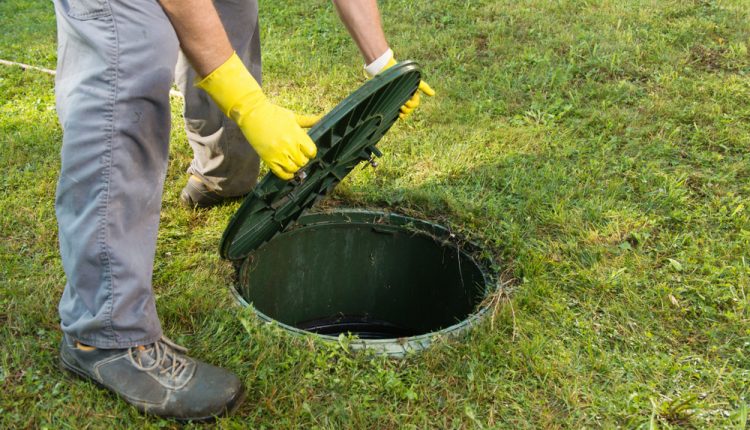 How often do you think about your septic system?

Like most homeowners, you probably pay it little to no attention – until a problem arises.

Septic field failure is a frustrating issue that can be extremely expensive to remediate, often requiring a full replacement of the system.

No homeowner wants to suddenly face such an emergency situation.

But what if your septic system could be repaired permanently and restored to full and healthy function while saving you thousands of dollars?

It may sound too good to be true, but SepTech Canada has the answer:

Septic disposal fields have a lifespan of approximately 15 years with 95% of septic field failures caused by the surrounding soil becoming clogged with biomat.

Biomat is the heavy sludge that is secreted by bacteria within the system as wastewater is carried through the septic lines.

This heavy tar-like barrier slows the water and eventually does not allow it to pass, leading to field failure, surface ponding in the summer and freezing in the winter.

When this occurs, the sewage will either come up through the grass and go back into the house. Neither result is desirable and can lead to expensive and inconvenient repairs as well as serious health and environmental risks.

Municipal regulations throughout Alberta describe new construction of septic fields as rarely permitted. Homeowners are resolved to accept an above-grade “mound” in lieu of a new septic field.

SepTech’s new technology and process can “turn back time” on aging and failed disposal fields, mounds and sand filters, bringing them back to life while maintaining the health of the system forever.

This technology organically consumes the biomat and other organic material throughout the system, clearing the soil and remediating clogs – and circumventing the need to replace the entire system.

It’s a natural approach that introduces an oxygen-rich environment with a patented blend of aerobic bacteria found in nature. These bacteria aggressively digest problematic organics, such as biomat, in both the septic tank and drain field.

In addition to clearing the field, this process also eliminates sewage odour from the surrounding area and from the septic tank. 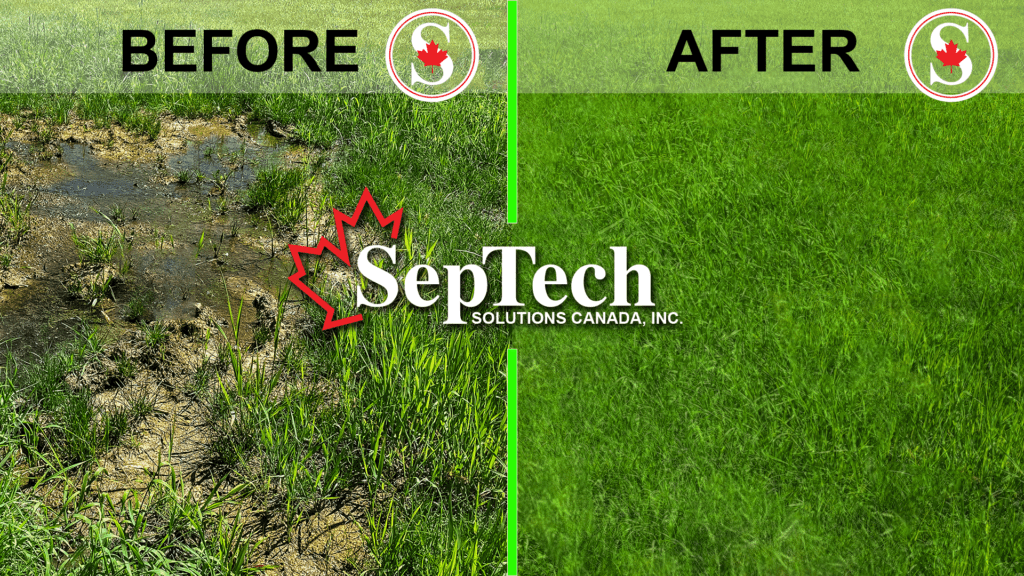 The Proof Is in the Science

A study conducted by Dr. Angus Chu, PhD, at the University of Calgary proved that SepTech’s technology and equipment will remove up to 99% of organic solids in residential sewage.

Using sophisticated testing and laboratory analysis of residential sewage in aged septic tanks, wastewater quality before and after the installation of SepTech’s exclusive protocol proved that installing this equipment into existing infrastructure will significantly reduce loads into the drain field.

The results have confirmed the findings of the National Sanitation Foundation (NSF) and the International Association of Plumbing and Mechanical Officials (IAPMO) as well as many other recognized authorities who have previously certified SepTech Canada’s process.

Time is of the Essence

When your septic system begins to show signs of malfunction, the sooner you have it assessed, the better your chances of saving the system and avoiding a replacement.

With over 10,000 active installations internationally, SepTech Canada has a 100% success rate with their new technology and process.

They believe in the effectiveness of their technology and offer a Lifetime Warranty on their product.

For more information on how it all works, feel free to contact SepTech Canada at (780) 640-1518 or through their website.

What Do You Need to Know About Trenchless Pipe Lining?

Which Exterior Cladding and Colors are Suitable for a New Home?