A brick chimney crown - also known as a chimney termination cap, cement wash, or just a chimney cap - seals the chimney top opening around the flue and sheds rainwater / prevents moisture from deteriorating the chimney. 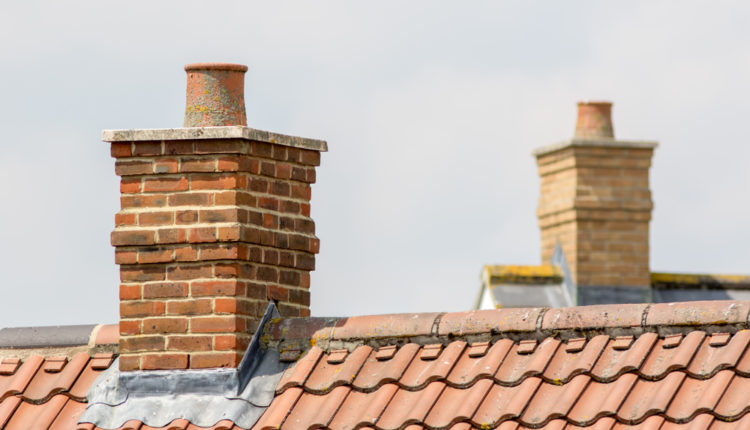 A brick chimney crown – also known as a chimney termination cap, cement wash, or just a chimney cap – seals the chimney top opening around the flue and sheds rainwater / prevents moisture from deteriorating the chimney.

For the chimney crown to fulfill its purpose, it must be properly shaped and installed.

Unfortunately, after looking at hundreds of brick chimneys on new and old houses, I’m wondering if the actual purpose of the chimney crown is ever taken into consideration. The overall appeal of the chimney crown and its complement of the house’s structure from the moment it is built seems to be the only motivation.

There are 3 basic types of materials used to create a brick chimney crown:

The most common material used to manufacture the brick chimney crown is concrete. Such crowns are either pre-manufactured / delivered to the building site, or created on-site by pouring concrete directly on top of the chimney into the assembled form – this method is called “cast in place”. 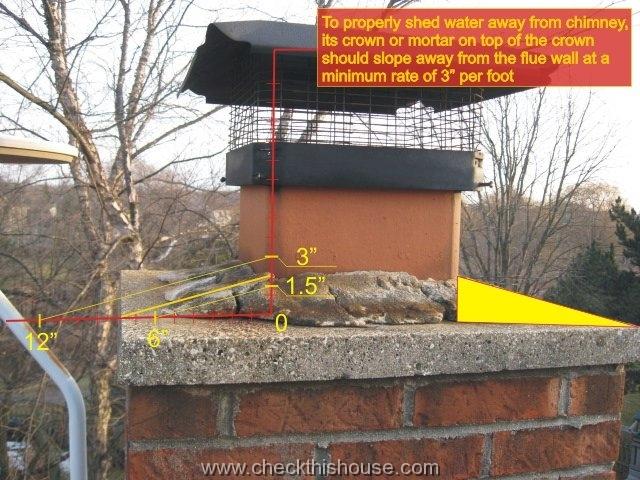 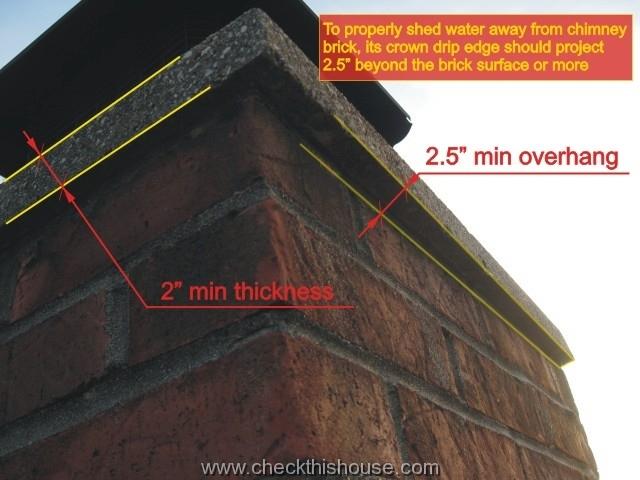 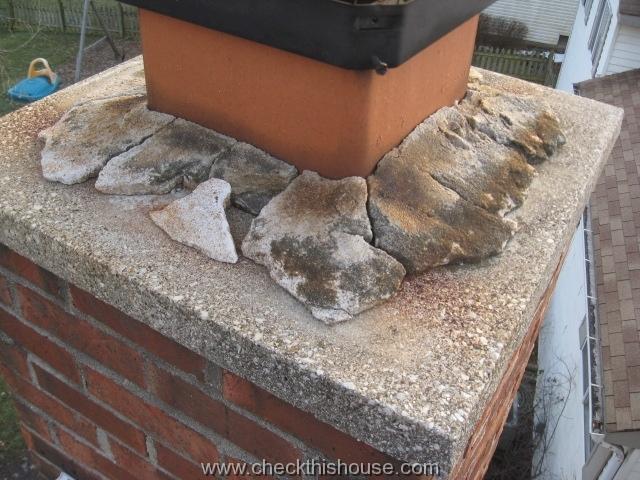 A brick chimney crown made out of concrete should be at least 2” thick and have a 2 & 1/2” overhang (recommended by the Brick Institute of America) to protect the face of the brick wall it sits on.

The top surface of the chimney crown should slope away from the flue wall towards the crown exterior edge at a 3:12 pitch (3” rise for every 12” of the crown surface width). It would be ideal to have a crown-shaped this way when it is created, because mortar added on top of the flat crown will always separate, crack, and fall apart. 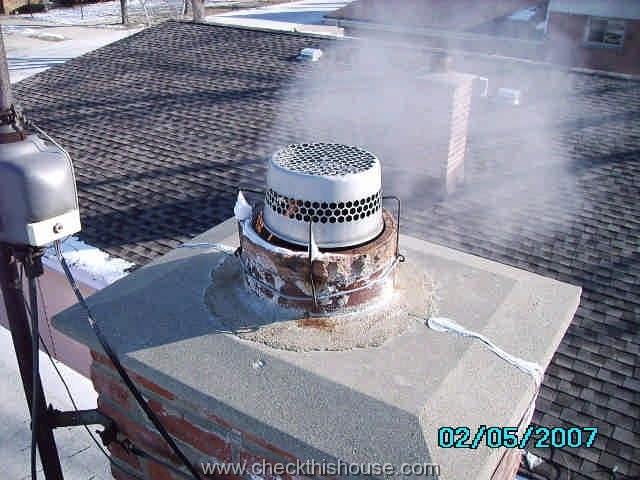 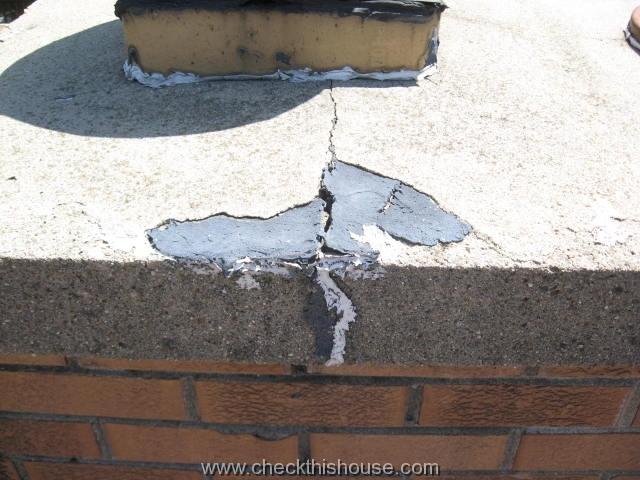 There should be a gap between the chimney crown and liner, filled with a flexible sealant, which allows for liner expansion. Without that gap and during the cold season, exhaust gasses warm-up the liner which expands, pushing against the much colder chimney crown, and causes it to crack. 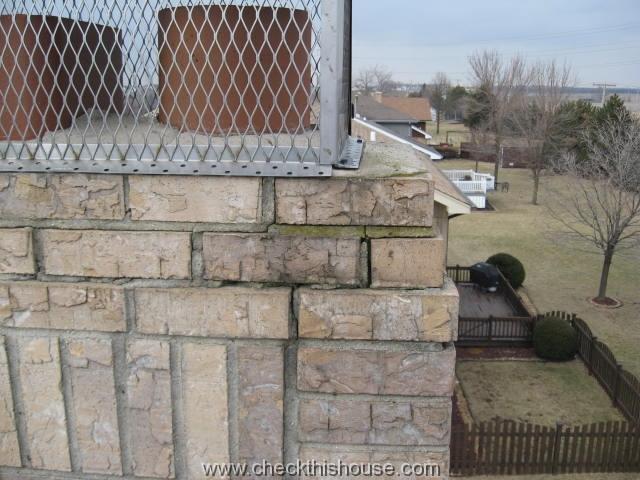 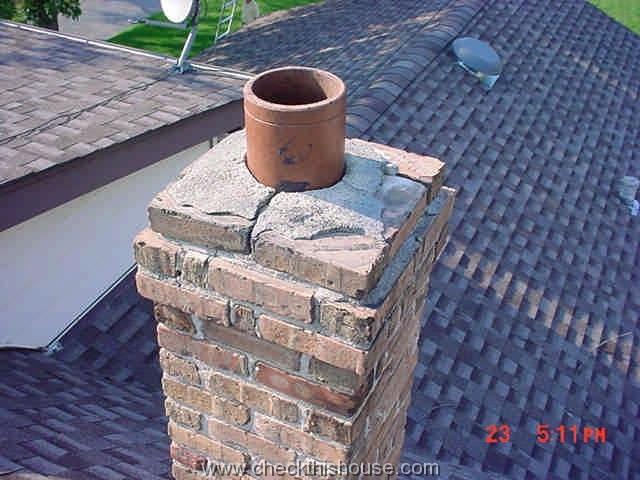 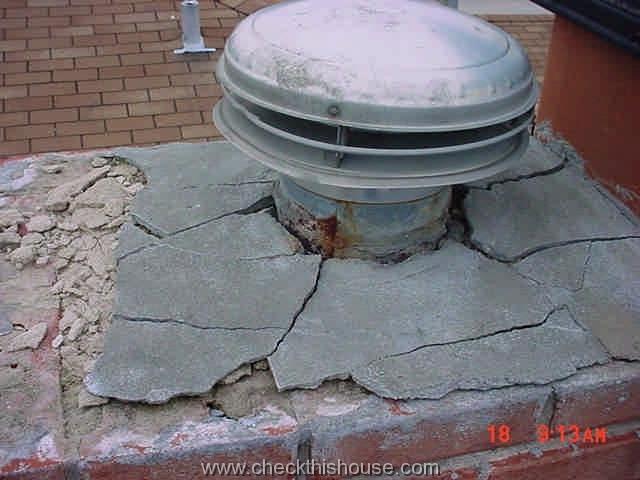 The cheapest type of a brick chimney crown is a design called a chimney wash. It is a layer of mortar, hopefully, pitched properly (3” slope for every 12” of a flat surface) / applied over the top course of bricks.

One winter season is capable of destroying it and by the time you’ll find out, the top section of the chimney requires rebuilding – add chimney crown seasonal evaluation to your home maintenance tasks list. 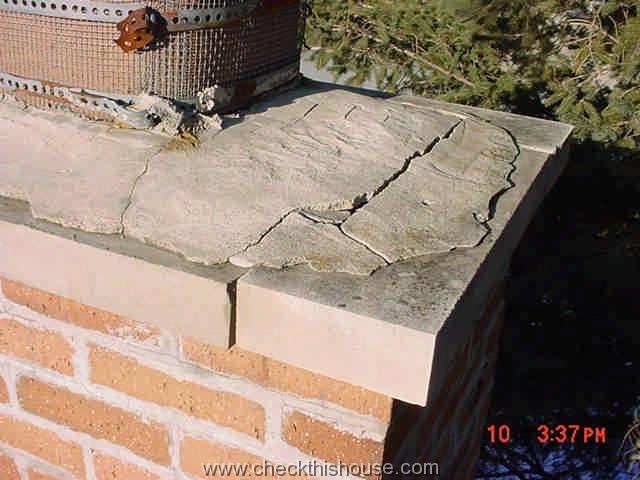 Stone chimney crowns (usually limestone) are usually very long-lasting but under two conditions – a single piece of a stone has been used and the flue penetration has some expansion space. Without the expansion joint, it will crack – just like the concrete crown. If it has been assembled out of several pieces of limestone (much cheaper than one solid piece), a brick chimney crown will separate at mortar joints and cause chimney structure deterioration.

Why Plumbing Vent Flashing Does Not Work with Roofing Cement

Why Furnace Repair is Important

HVAC Guide: How to Fix A Leaking Air Conditioner

7 Signs that Your HVAC Control Board Needs Troubleshooting