Some cast iron pipes have a tendency to corrode and crack over time, and this process often starts in places we have little or no access to. 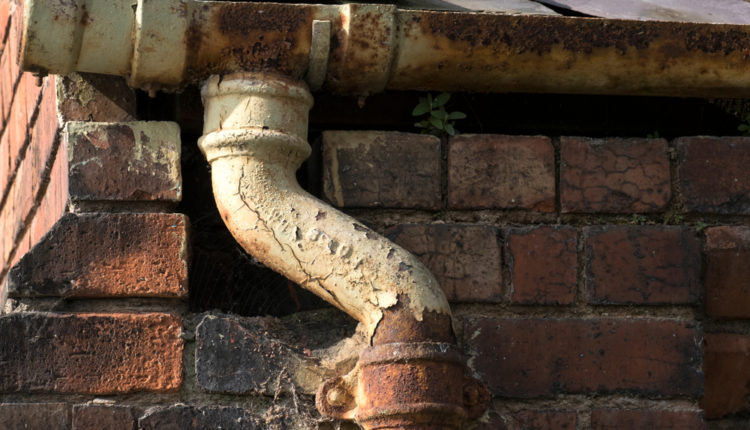 If you are living in an older house, its plumbing might contain cast iron drain lines. Compared to the newer PVC pipes, cast iron drains are much quieter during operation; but at the same time, they might prove to have significant, and quite expensive, problems. 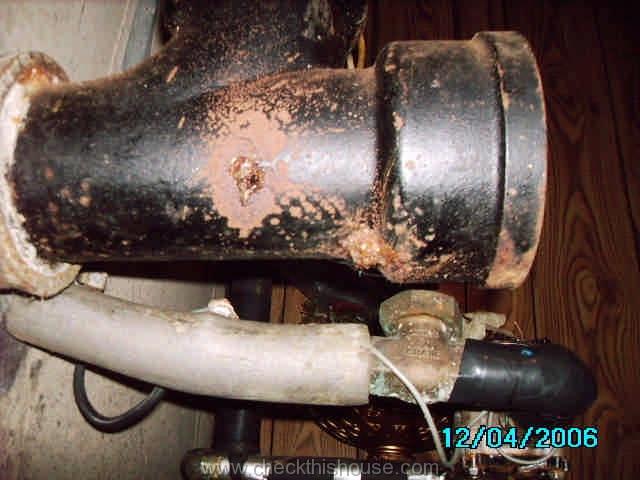 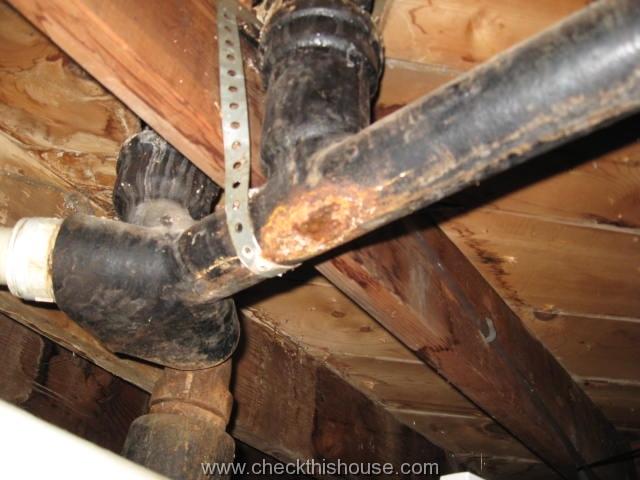 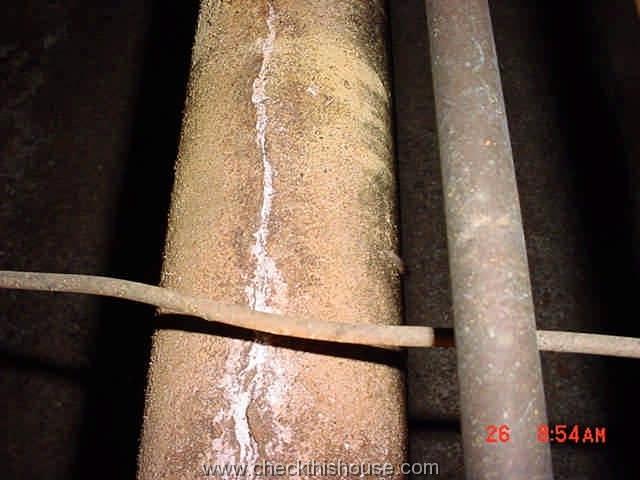 Some cast iron pipes have a tendency to corrode and crack over time, and this process often starts in places we have little or no access to. It is a defect caused by inadequate annealing – heat treatment of the cast iron pipe during the manufacturing process (repeated heating and cooling). It makes the pipe more vulnerable to corrosion and sometimes causes it to crack.

If all of your pipes are exposed, you can easily check them for rust-colored blisters on their body and cracks, which usually appear along the top part of the pipe. 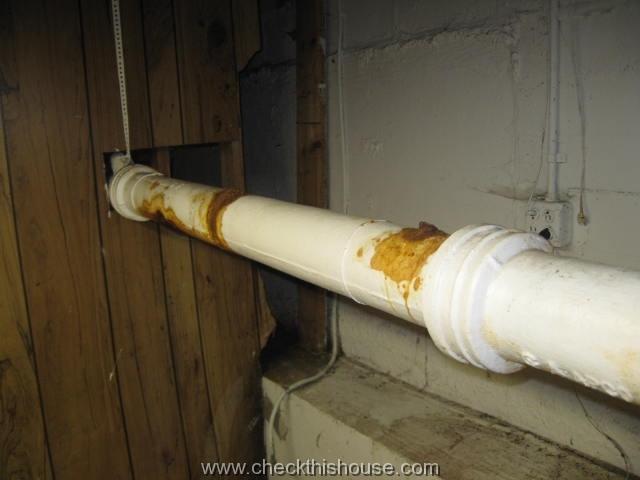 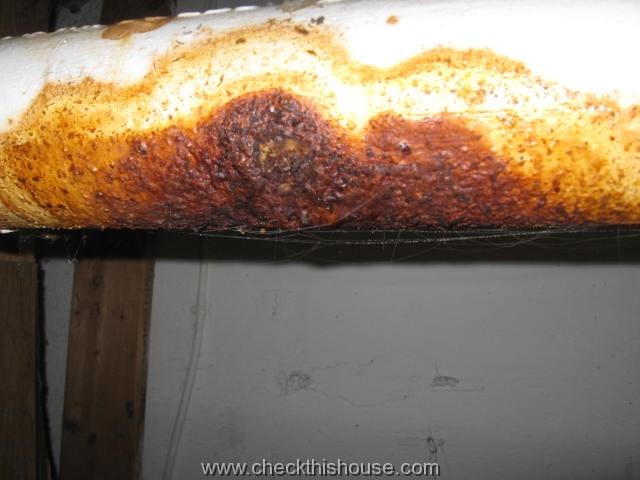 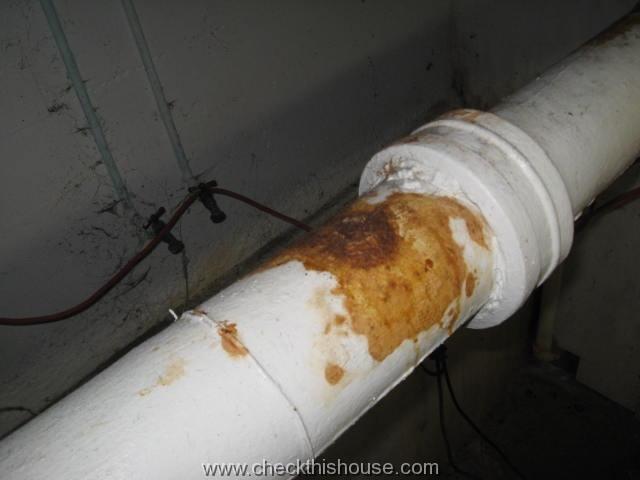 You’re out of luck if your cast iron drain pipes run behind the finished walls and all you’re experiencing is an unpleasant sewer odor in the house. If you’ve eliminated all other possibilities for its source (one of them might be a plumbing drain vent problem discussed in other post), and you do have a cast iron drain installed – it might be cracked.

Cast iron drain lines are expensive to repair; the material and labor rates are significantly higher than the ones for PVC piping, but some jurisdictions may simply not allow to use anything but cast iron. 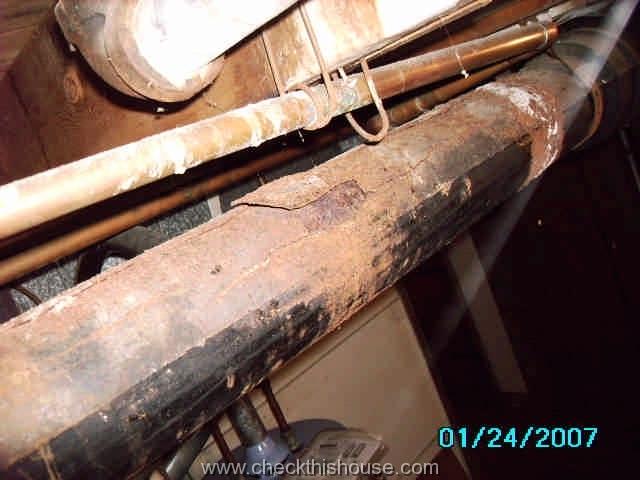 Assuming that you can replace your damaged cast iron drain line with a PVC section, it’s just the matter of a few simple steps. But, before you start the procedure, make sure that you have a good support under the entire cast iron pipe you’ll be working on. When you remove the damaged section, the remaining end parts may become unsupported – and cast iron pipes are very heavy! Proper support is extremely important when dealing with vertical cast iron pipes – if it runs inside the wall, theoretically it should be secured with clamps and other pipes, but spending a little extra time supporting it can save you from unnecessary pain.

This is it (at least for a straight piece)! However, if you have to install cast iron, you’ll most likely need a plumber $$$

House Electrical Panel in the Bathroom and Clothes Closet

Gas or Electric? Choosing a Water Heater for Your Home

Private: Why Plumbing Vent Flashing Does Not Work With Roofing Cement