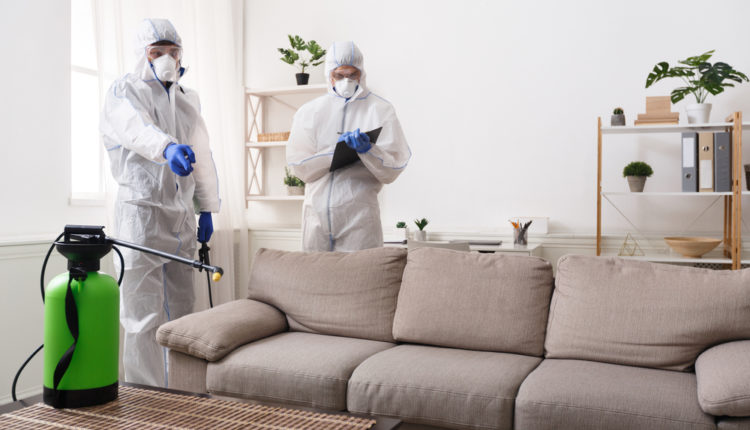 Some people are unfortunate and suffer from crimes in their lives. Such crimes are even possible to witness in someone’s home.

As such, teams of professionals came together to fight off, prevent, and clean up after such events.

The police department usually handles the investigation and prevention of crimes. Meanwhile, society reserves the cleaning for crime scene cleaners.

It’s typical for crime scenes to be gruesome, involving blood and other messy substances. As such, it’s necessary for these professionals to be well-equipped and trained to handle anything.

As a professional, a cleaner must harness their skills and knowledge about the chemicals used by crime scene cleaners.

After that, they must also gather enough experience and license to contract deals.

About 500 of these companies are now working side-by-side with the authorities. This number started from just a small group back in 1990, aiming to aid mourning families.

From some of the experienced workers in this field, here are some tips to learn about this line of work.

8 Pests That Prefer the Mild Climate of San Diego

1. They’re Useful Outside of Crime Scenes

While their name spells out scenarios including yellow tape and detectives, crime scene cleaners are not limited to only police-related work.

While a number of their clients do require their services related to passing, some of their dealings go beyond what most people imagine.

First, their expertise is also called for when there’s a report of an unattended natural death; that’s when someone discovers the remains of a person who is living alone.

Another case would be when there’s a body that needs to be recovered after a confirmed suicide.

In which case, friends, neighbors, or property owners and managers are the common callers.

Besides death, companies in this line of work also take on responsibilities such as cleaning up biohazard substances.

This can include management of buildings with teargas and illegal laboratories such as those set up for illegal drug manufacture.

For these workers, it’s also possible to clean up hoarding sheds. They can also be contacted for medically unsafe scenes, such as outbreaks of contagious disease.

2. Most of Them Came From the Military and Law Enforcement Bodies

Discipline and skill are a must for a crime scene cleaning job.

Since substances that go unnoticed by the contracted crew can result in disease and discomfort to the family, extensive training is necessary for this field.

As such, it’s common for cleaning personnel in these trauma restoration companies to have experience as military, law enforcers, or paramedics.

As people who have dealt with death and its aftermath, these individuals’ backgrounds play a critical role in maintaining the strength and integrity of their service.

3. Pig Blood Has a Lot to Do With Training

As their main objective is to clean up crime scenes and related situations, crime scene cleaners must be familiar with dealing with their common content: blood.

Blood stains require a specific process for complete removal, which is why companies invest so much in facilities to train recruits for them.

For blood-related training, companies use pig blood and other stage blood to familiarize crime scenes that have them.

They also use common house components such as tiles, toilets, and sheets to learn decontamination practices before going to the actual field.

4. Death Can Spread Throughout the Room and They Find Ways to Ease the Smell

While crime scenes always require extra attention to detail, a crime scene cleaner says that one of the worst days is when they’re called for the already decomposing remains of an unattended death.

In such cases, the stench of the body has already stuck to the other things inside the room, with blood that has already flown across layers of carpet.

To clean these sites, the crew needs to wear PPE, which keeps them safe and secluded from the smelly environment.

As the service can take some time to finish, workers must wear these overalls for hours while ensuring they’re careful to keep the odors out of their noses.

5. Cleaning Needs Extraordinary Supplies, Which Rack up the Price

As this type of cleaning service deals with uncommon stains and odors, it requires special solutions and tools.

Other than that, their training facilities must also be updated regularly and used continuously due to high turnover from the taxing job.

From all this, it is to be expected that availing of such services can cost up to $10,000.

This cost is also affected by the length of time the body was not discovered and the area needing cleaning.

6. The Thought of Helping the Mourning Makes It Worthwhile

Dealing with death almost every day at work is too hard to stomach. With this, it’s hard for even the owners to stay in the field for long, with some workers and owners needing counseling once in a while.

However, for those who can push through, their experiences become valuable to assist the remaining family members in moving forward.

While it’s hard on their physical and emotional well-being, the satisfaction from the thought of helping someone makes it worth the struggles.

To tie it down, these crime scene cleaners are significant for sanitation after a terrible event.

Their input must also be considered critical if society wants to move on from such events properly.

Real Estate 101: Why House And Land Packages Are One Of The Best Investments

6 Budget-Friendly Deck Lighting Tips to Try Out This Year