Musty smells in your house should be always treated as a warning sign. 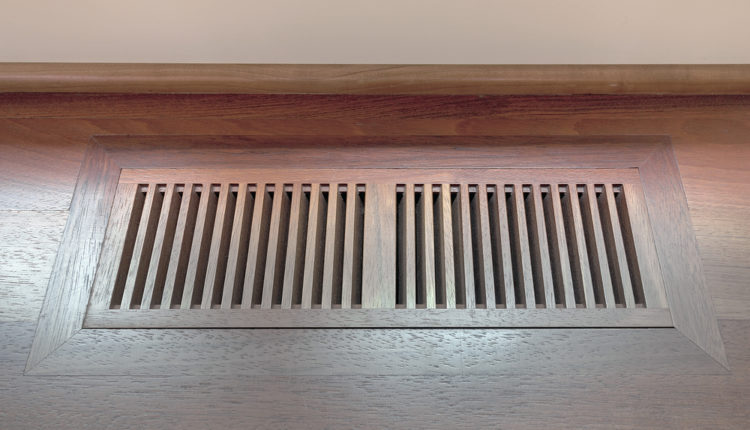 Although musty smells area lways associated with moisture presence, eliminating it in some cases requires total redesigning of the forced air heating system.

This particular case applies to the houses with a forced air heating system metal air ducts embedded into the concrete slab (scroll to the bottom for a couple of other scenarios). With a plastic or cement air distributing pipes musty smell is rarely a case, unless some water leaks develop on pipe connections or cracks start appearing due to uneven settlement.

So if you have a forced air heating system, your house is build on concrete slab with no basement or crawlspace underneath, and air registers are located on the floor or along the baseboards – the following might answer your concern about some musty smell coming from heating system air ducts. 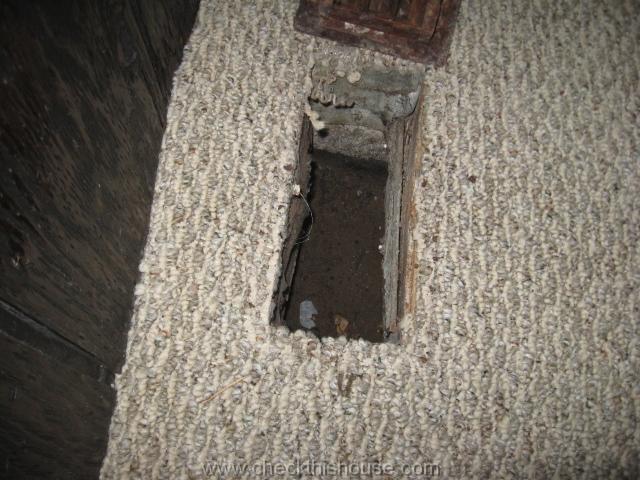 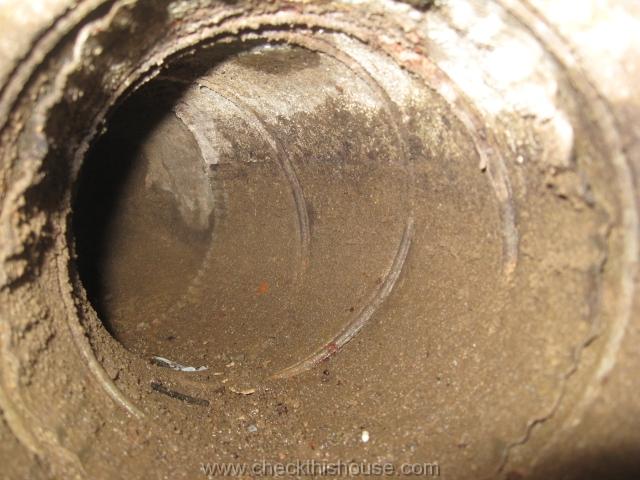 Depending on your house location, water table, drainage system around the property, whether you have a sump pump or not, the air ducts embedded into the concrete slab might be acting as a drain tile.

They could pick-up water from the ground through the pipe connections and forced air heating system would distribute moisture through the house. 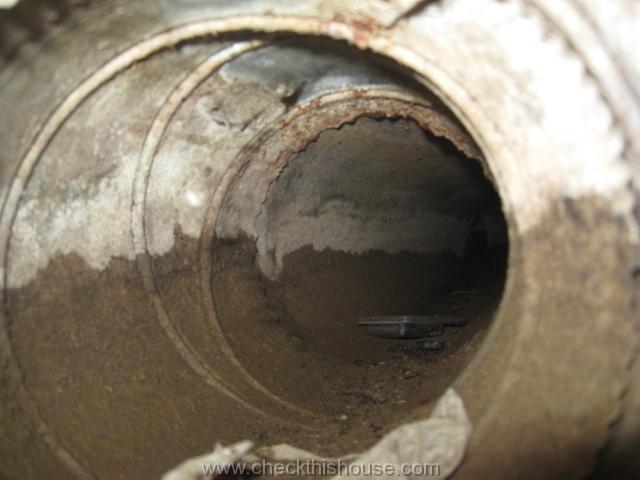 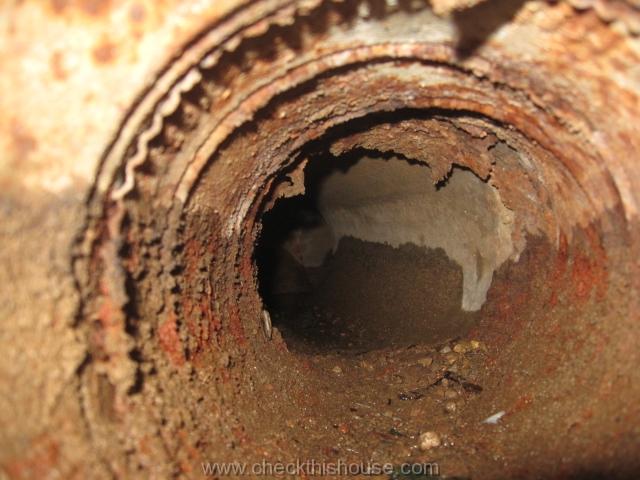 Over time, those metal air ducts corrode under the concrete slab when exposed to moisture and slowly disintegrate. All kinds of insects might enter through the holes and contaminate your property. Mold will usually start growing in that dark, moist environment and its spores easily distributed with the circulating air contaminate your house.

Musty smell in your house.

The solution to that musty smell caused by heating system air ducts embedded into or installed under the concrete slab without ruining your house floor:

Furnace air supply side would have to be disconnected from the floor opening and extended into the attic, new air ducts distributed through the attic area with registers open into each room previously supplied from the floor. This might not be that easy if you have a downflow type forced air furnace and no room for the side or rear air duct that would run into the attic.

New furnace might be the only solution to eliminate musty smell, still cheaper than cutting the concrete floor and replacing those old, corroded air ducts.

Disconnect section of the air duct entering concrete slab… the rest depends on the house layout. You’d have to find the easiest way to install air supply for the house section that was using floor vents.

The cheapest way to block those disconnected forced air heating system registers, would be to pour some concrete into each opening.  You could also use expanding foam and top it with concrete after it dries out.

Musty smell in your house should be always treated as a warning sign. Now, pick up that floor register cover, look into the attic, open the crawlspace hatch.

Those might be the first steps you have to take to get rid of that nasty, musty smell in your house!

Looking for a New Gut Rehabbed Condo in Chicago | Inspect it!

How To Know If Your Heating Unit Is Failing

7 Common Problems You May Experience With Your Water Heater